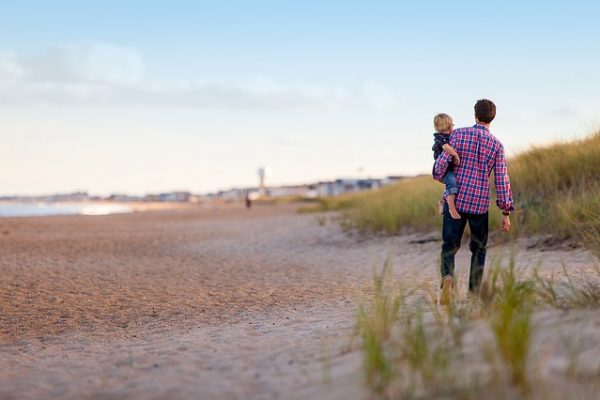 Our Weekly Dose of God

I’m no parenting expert. After all, who in this universe (married or single) has totally mastered the art of parenting? However, I have learned a few things over the years. Becoming a single parent after a divorce is hard, but it’s important to avoid becoming what I call a “No-No Parent.” These kinds of parents fall into negative categories that produce anger, manipulation or a sense of entitlement in the children.

Do any of these ring a bell with you or someone you know? And don’t feel too bad. I fell prey to one of them myself.

The noncustodial parent often falls in this category. If it’s the dad, he’s known as Disneyland Dad, only having a blast with the kids. If it’s the mom, she doesn’t want to “damage” the kids any farther by being the disciplinarian. However, both parents need to do what’s best for the kids. Tell the children that life will continue to go on in the same pattern and many house rules won’t change. It might sound like this: “I know it feels different now. But here is what I expect of you.” Common sense principles of balance are important to remember as everyone is adjusting to new opinions, environments, and needs.

This parent relives the inward message, “If only I would have been/done so-in-so, we would not be here.” Or they might beat themselves up because of the failure of the marriage. At this point, what’s important is not how they feel but how they move forward. It’s ok to tell the children, “Guys, life has taken a new turn around here, but we’re going to get through this together.” Parents who labor under the burden of guilt immobilize themselves from being the kind of parent the child needs during this transition: firm, loving, and as truthful as it’s appropriate.  Don’t become nonfunctional through guilt.

This parent is overprotective. They feel the child has already suffered enough trauma, so why subject the poor little thing to anymore? The problem with that is the child begins to feel defective. It stunts his growth in taking risks. This kind of parenting snuffs out creativity and places unconscious limits on the child’s thinking process. Of all the parents listed, I was probably this one. I did not want my kids to hurt any more so I kept them close at home. There is a healthy balance, and I eventually found it, but at first I was the mother hen covering them with my protective feathers, “Hurt my kid and you’re dead meat by noon.”

This parent feels anger because the other spouse is not reliable. I’ve heard moms say, “Oh, your daddy is not picking you up…AGAIN!” Be careful to heal the child through the heartache not keep them entrapped in it. You might say, “Honey, daddy has problems just like you and I do and often he doesn’t follow through, but it doesn’t mean that he doesn’t love you. Yes, he hurts us with his broken promises, but we can’t stay angry because it hurts all of us.” This way the dad is not the bad cop or the good cop. He’s just a human being with faults. Sometimes admitting the parent’s mistakes helps the child to be more tolerant of others’ shortcomings.

There’s not a child out there who does not want their parents to get back together. Often parents will share every Christmas, birthday and holiday in between with the other spouse in order to create that “family” feeling. While it might work in some families, it often gives the child a false sense of hope that their mom and dad might get back together. And when they don’t, they feel the divorce all over again. Or, if another adult party comes onto the scene, the child feels a sense of intrusion. Often (but not always) it’s better to celebrate special occasions separately, building traditions with each parent, so they can form a healthy sense of identity under two roofs.

Striking the balance and finding the best scenario for each household is possible. I know because God was gracious in leading me in that discovery. Was it fun? NO. Was it possible? YES. Friend, when God is well with our souls, it’s amazing how he can take the ashes of loss and recreate something beautiful in a different kind of way.